"Who is the most beautiful woman in your life?" When this question appear on the large LED screen in train station, it is believed that most passengers will look at it and get their smart phone out of the pocket to join this interaction. Besides, if answered in micro blog, the contents will appear in that large LED screen. Dove held such an outdoor activity during Valentines’ Day and got great response from consumers. This is a typical DOOH advertising case.

At present, smart phones has took most part of their life. It was predicted that more and more time are spent on smart phone will affect the DOOH advertising development. However, it is not true. Outdoor LED display works as an advertising media and it helps a lot in marketing promotion. Smart phone is the most widely used high-tech products, when it combines with large LED screen, it will bring brilliant effect.

Interaction with smart phone brings multiple possibilities for DOOH advertisement. Innovation and interactivity will be the two keywords for Mobile phone and digital signage getting together. To combine creative ideas and the target audience environments together and empress target audiences in a powerful way. Interactive marketing experience is very important.

The networking trends of smart phone makes DOOH advertising link to smart phone, Internet TV, and become the new advertising method of traditional Medias and new media. In 2012, the advertisement shot in Saint Lucia by British Airways was displayed in a LED display located in Shopping Mall in London synchronously. All customers can ask questions to a couple having their vacation in Saint Lucia through Internet connect. This was an interaction between customers and British Airways, and at the same time, this is the sign of DOOH advertisements coming into new full media era.

Thus, in this multi-screen era, DOOH advertising transaction needs to connect to digital signage and mobile media and bring audience an interactive experience but not only stick in LED displays.

→Get your note, Transtech reports you the visual journey at ISE! 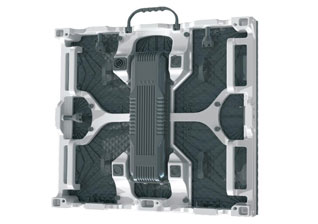 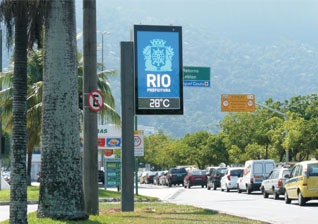